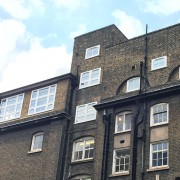 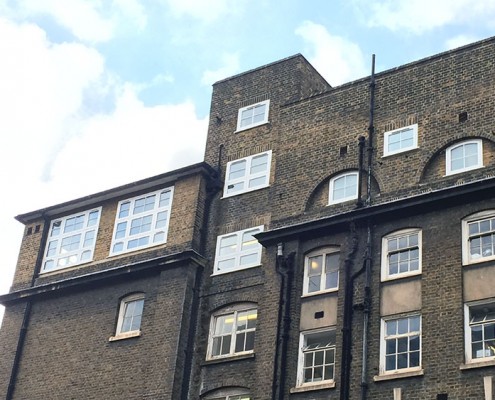 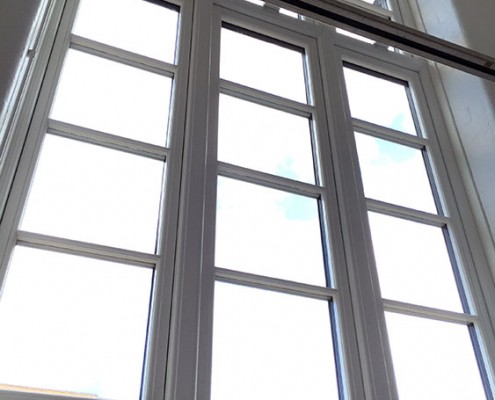 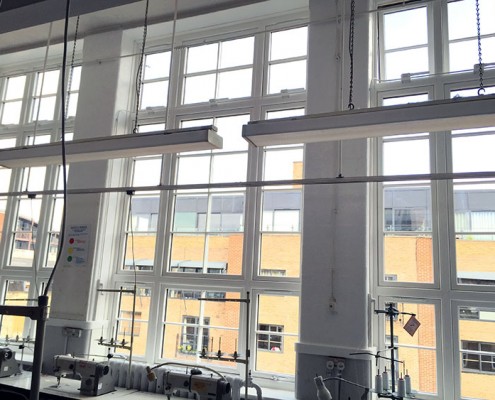 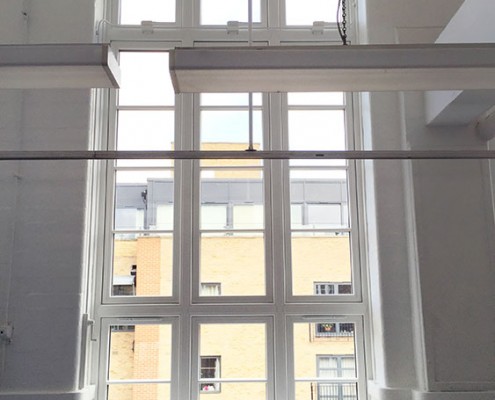 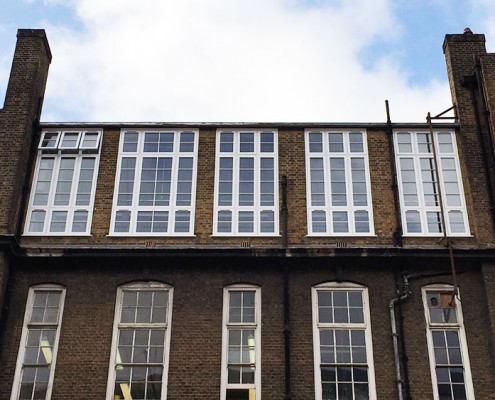 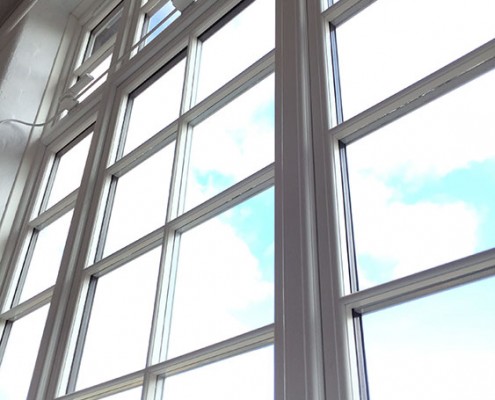 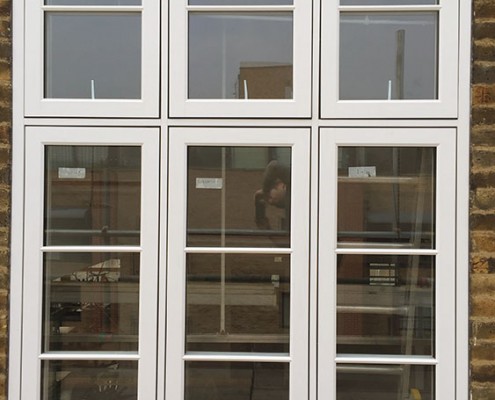 The London College of Fashion in Shoreditch, London

Enfield windows most recent commercial window installation was at the London College of Fashion, Shoreditch. We were invited to tender via email and ask to provide a detailed quotation for the windows to be replaced on the upper storey of the historic college.

Being situated in central London the college is steeped in history and due to it’s size and age it falls within conservation restrictions for historic London buildings. A total of thirteen windows were scheduled to be changed on the upper floor some 120ft up, with five of the windows having a height of over 3.5 meters. There was also other large frames windows, with three arched windows also part of the project.

Our installations manager and sales manager arranged to meet the contractors on site to take measurements in order to obtain an accurate competitive cost for the project. Maintenance and good insulation were high on the requirements for the project. The client and the college opted to go for the residence 9 windows.

Residence 9 or R9 as they are also known, are fast becoming the popular choice for customers and clients wishing to update their original windows. Residence 9 windows are state of the art high performance replica UPVC windows. Their frames are entirely based on traditional windows but they offer as standard a 95mm deep frame, which is 25mm deeper than the standard UPVC window. This detail alone gives the glazing bars and frame more depth thus giving the window more character. A further advantage of a deep frame is it’s ability to offer an energy efficient nine chambers whereas typical UPVC offers between only three and seven chambers.

R9 windows are hand made from start to finish. Unlike standard UPVC windows, the frame section is mechanically joined. This form of manufacturing eliminates the need for heat machined welds typically found on the standard UPVC frames. Another significant detail is that these windows have the Conservation seal of approval.

After our proposal, a detailed an accurate cost was agreed by the college and client and we set about drawing up an order to go into manufacturing.

The time frame to carry out the scheduled installation was very tight. Every aspect of the project had to be diligently checked and confirmed before the order was signed off. One of the leading R9 manufacturers – WindowTech helped every step of the way. From detailed drawings of glass and astragal bar layouts to advice on the products limits and suitability plus working with us in scheduling the delivery of the frames to suit each phase of the installation as it took place.

Another requirement was to introduce Tele-flex for seven of the large windows. Tele-flex is a chain linked operating system that allows all unreachable or inaccessible openers to be operated by simply turning a low level handle which in turn is operated via a discreet chain directly to the window locking mechanism some 8ft up. Enfield Windows were responsible for overseeing this part of the project via a subcontractor chosen by ourselves to carry out the work.

As a result of the work carried out Enfield Windows have been awarded a contract to carry out another phase on the upper floor level which will be surveyed this Sunday 31st May and is due to start early July.